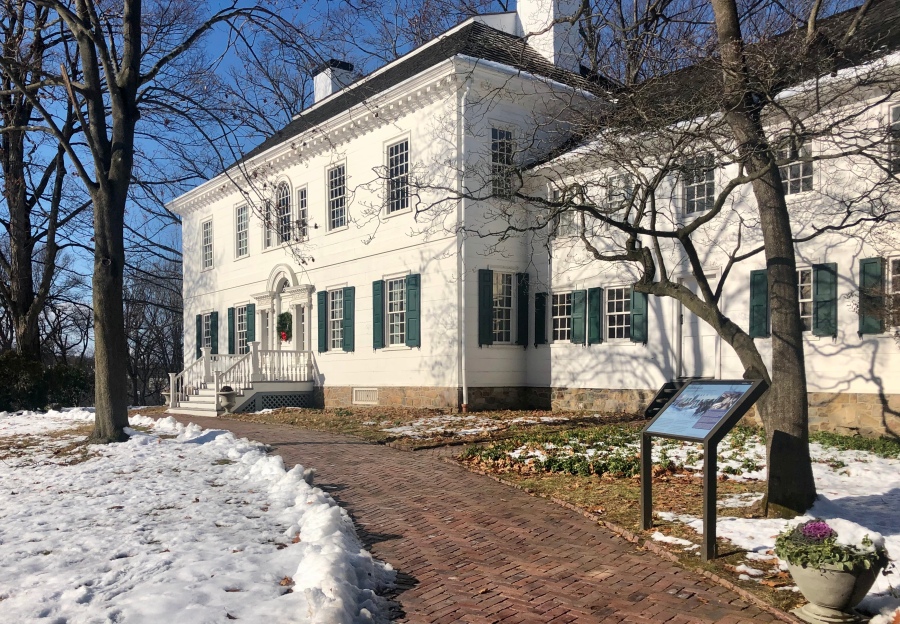 We took one last New Jersey field trip yesterday to see Washington’s Headquarters in Morristown. During the Revolutionary War, the Continental Army encamped each winter and in 1777 and 1779-80 Morristown was General George Washington’s choice. It was a safe 2 days hike from British troops in NYC and the area was protected by mountains and swamps. (This area of New Jersey today is a little different than in those years 😱!)

Soldiers found shelter wherever they could – public buildings, private homes (IF the owners were willing! They would of course never force people to sacrifice and surrender their rights like the British did), stables, sheds.

Widow Theodosia Ford allowed Washington to use her large home as headquarters: 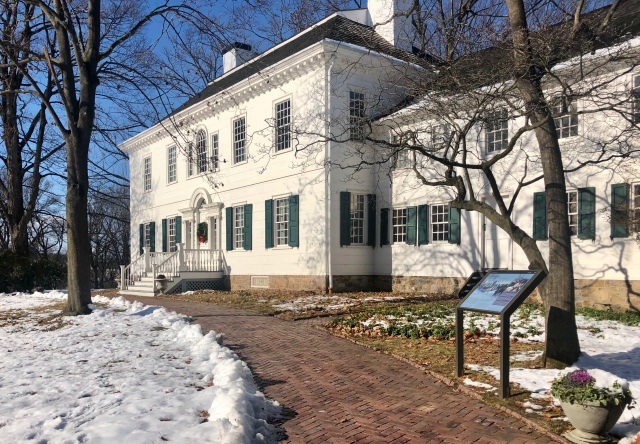 The once very active kitchen:

And the buttery on the north side that kept perishables cool (That door at the end is only 5’3″. RR is now officially taller than the average man in the 18th century was): 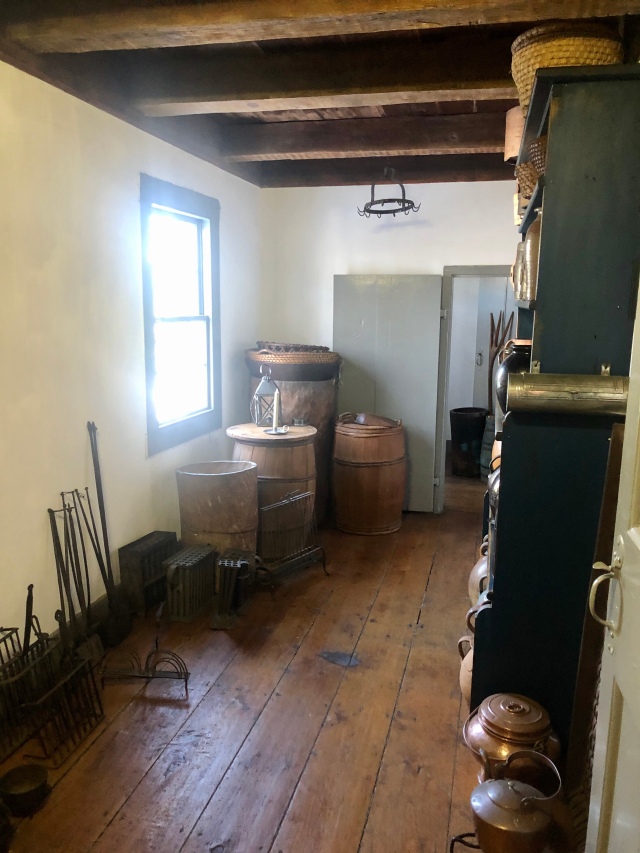 Upstairs you can see the room that was General Washington’s. The mirror and dressing table (diagonal across the room from each other) were the Ford’s and were used during Washington’s stay. That dressing table piece was so well-made and beautiful. It opens up with all kinds of compartments like an 18th century (wood) caboodle: 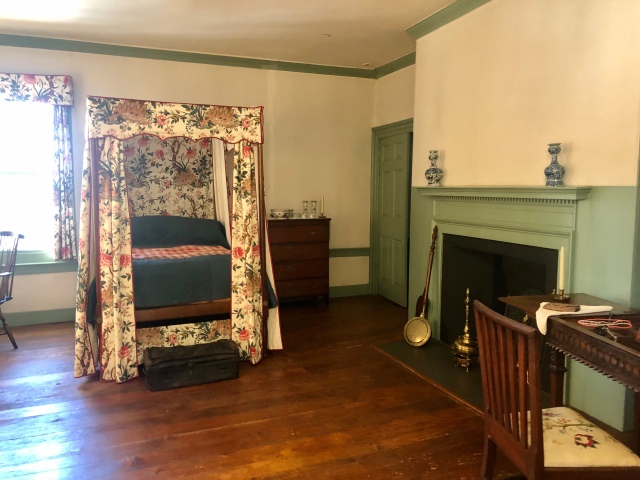 And right across the hall, are 2 bedrooms where Washington’s 5 aides stayed (including Alexander Hamilton).

When the representatives from France and Spain came to visit, these are the rooms they would stay in and the aides would have to sleep downstairs. (The Spanish representative actually became ill and died in this room April 1780.)

I loved hearing about Martha’s visit to the mansion on New Years Eve 1779 – to spend the winter with her hubby. The General never took a day off in 8 years of war…never a furlough or trip home…so to see him she had to go to him. I am convinced after reading about her stay and influence that winter, that she is a major unsung hero of the revolution. “Behind every great man”! She’s now tied with Abigail Adams as my fave First Lady.

1779-80 was such a terrible winter in Jersey. 27 snow storms. 4+ feet of snow never melting. The 10,000 men were extremely hungry, very poorly clothed (as in one layer – a shirt or small jacket) yet they stayed the course. What a miracle. They really believed in the cause they were fighting for.

How exciting when Marquis de Lafayette arrived at the Ford Mansion in May 1780 to bring Washington the exciting news of aid headed their way from France. Lafayette was such a great man and like a son to Washington. I loved reading his story again.

The museum next to the mansion was pretty small but very informative and we made sure to complete all our work to earn our 35th Junior Ranger badge of the year !

E enjoyed this artifact the most. The high waisted dress:

This was interesting. This link is one piece of the chain that the continental army laid across the Hudson to block the British from using the river. 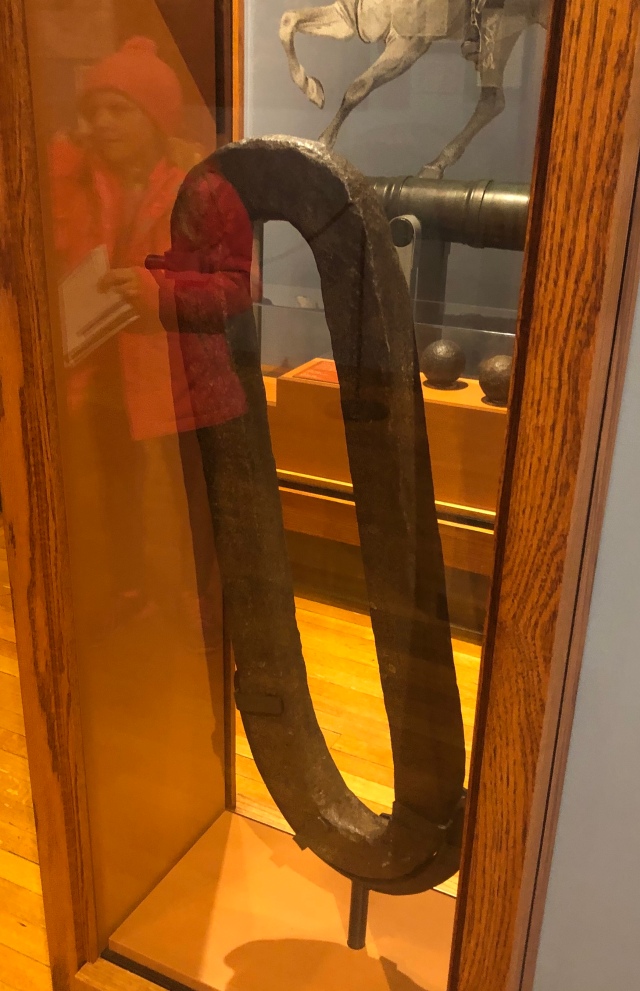 Also interesting… this primer, breast pump, and bottle from the late 1700s! 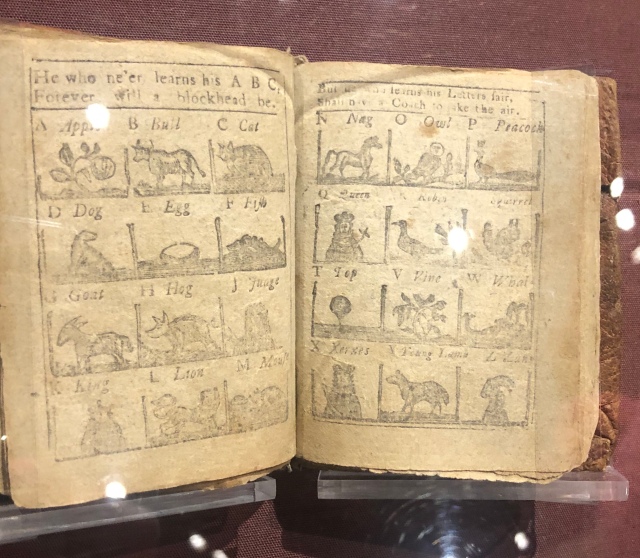 The rare book and manuscript section was great too. Look at this 1776 edition of Thomas Paines Common Sense: 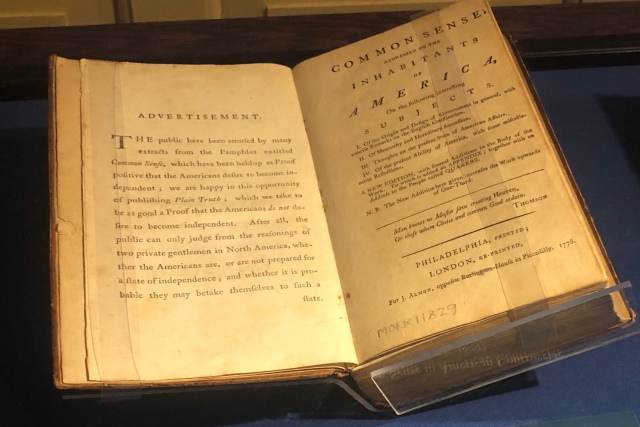 New Jersey was such a key player in the Revolution! It was great to visit this piece of history right down the road. When we come back up in the summer sometime, we hope to do some hiking at Jockey Hollow and the reproduction of soldiers’ huts. 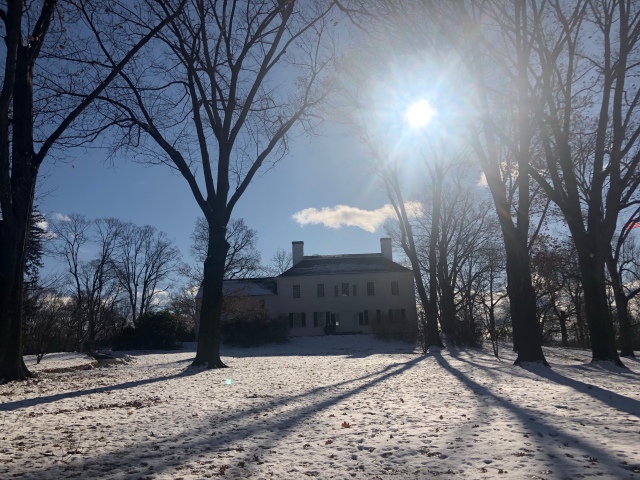